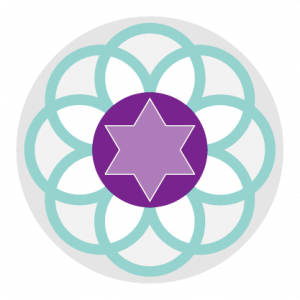 Very often friends and clients ask me why I don’t use the term “Mindfulness” in the work that I do. They see that I’ve had training in Mindfulness but I use different terms, such as, “moment to moment awareness,” “mindful awareness,” “being in the moment,” etc. Mindfulness isn’t just another word for meditation, it has a very broad definition (that is not always agreed upon by scholars). Nonetheless, Mindfulness is used in various new therapeutic modalities as a beneficial adjunct to medical and psychotherapies. As matter of fact the last two courses I took at Harvard medical school (right before the virus struck – as I call it “B.C. – before Covid”), discussed the efficacy of mindfulness-based interventions in the realm of mind-body medicine.

The word “mindfulness” is a tricky term for me to negotiate since I am trying as best as I can to convey the important ideas the Lubavitcher Rebbe laid out in his request for a form of meditation that is therapeutic in nature, and not a spiritual path, CLICK HERE to read it again. Mindfulness and all of the mindfulness-based therapies originate in the Buddhist philosophy. The word “mindfulness” is a direct translation of a Pali term – “sati”. (CLICK HERE for the WIKIPEDIA definition) Pali is the sacred language of the Buddhist religion. Sanskrit is the sacred language of the Hindu religion.

As you may recall my articles, How the Rebbe Saved Me 3 Times, (here are the links to Part 1 and Part 2) when I was a kid because of my intense energy and attention deficit, I was taken to the Transcendental Meditation center to learn to “cool my jets.” Unbeknownst to me, the secret mantra that I was given at the initiation ceremony was a Sanskrit term for the “Hindu deity goddess of the earth.” Even though I was not an observant Jew at the time, I was clearly aware from the Shema, that “G-d is One!” Finding out that my “private, personal, ‘unique’ mantra that had no meaning” was an invocation of a Hindu goddess, was a painful shock and betrayal.

Even though all of the mindfulness-based therapies have scientific validity (and that’s why I continue to study them and sift out the “kosher elements”), in each course I have taken and each book that I have read about mindfulness, there’s an insidious subtle inroad of Buddhist concepts. Many of the concepts are very beautiful, universal, and are not antithetical to Torah at all. However, there are some serious issues (i.e., such as no particular belief in G-d…You can if you want to, but it is not necessary). Additionally, there are very subtle nuances that may require a scholar in either or both religions to tease out. I have found some of the subtleties, but the most important point from my perspective is that every bona fide religious tradition has universal loving-kind philosophies. Since the Jewish religion has its own approach, if we are using a spiritual approach, we never need to resort to another religious tradition. All we need to do is remind ourselves of our own beautiful and treasured ancient spiritual legacy – Torah Judaism, which is older than both Hinduism and Buddhism.

You might have heard the story about Reb Yekkel who lived in Kraków and kept having a recurrent dream that there was a treasure hidden under a particular bridge in the big city of Prague near the king’s castle. The man set out to find his treasure, and when the guard who was walking the bridge was not looking he started digging and digging and digging. The guard saw him and asked what he was doing, when he told him the story about the dream, the soldier laughed and said I have a recurrent dream that a Chassidic man in the town of Kraków who has a house on such and such a street, where there is a treasure hidden under his own stove! The soldier had accurately described his place and Yekkel ran home, and lo, and behold there was the treasure!

As the Talmudic phrase often goes, “v’dai l’meivin – The wise one will understand.” The analogy in the story is obvious. If we wish to attain a spiritual path, whatever our religion, we should go back to our own tradition, look under our “own stove” for fire and inspiration. However, for health, wellness, and physical healing, we turn to the most up-to-date, evidence-based tools and technologies. The Torah wants us to live in its ways. Thus, to be able to properly serve Hashem, we need to be as healthy as possible on all levels – body, mind, and spirit. Optimizing each leg of the stool in my 3-Legged Stool approach is critical for our wellbeing. As the Rebbe tells us, “All physicians are in agreement that a joyful and happy state of mind increases physical, mental and spiritual health and wellbeing and assists the healing process.” (Healthy in Body, Mind and Spirit, p. 74)

Gentle Reminder: I can help you develop your own personalized Torah observant recording to help you achieve your desired outcomes, CLICK HERE to find out more. Once you pay the deposit you’ll be asked to fill out a questionnaire and I will get in touch to schedule the coaching session with you. As a subscriber you can claim a 10% discount on your whole order until the end of August.  Your discount code is: CUSTOM10