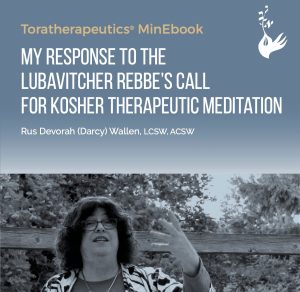 You might already know me as “The Meditation Lady.” People think of me like that.  I have been a proponent and practitioner for the past 15 years or so, and for about 20 years I have been developing relaxation and sound healing audio. However, my interest in meditation began when I was a teenager. Just to get a little up close and personal…As a kid, I was AD(H)D. When I was young, these diagnoses were not yet in vogue, but I know that I was certifiable.J I used to get in a lot of trouble in and out of school; at home and in the field. I am still ADD but am in “recovery.”

In short, as a teen, I needed to calm down, so I learned how to meditate. My best friend’s mom was a TMer (did Transcendental Meditation). She told me I needed it right away and sent me to the TM center down the street from my high school. I went to the center, dutifully followed the instructions of the (frightening) initiation rituals and then agreed to not share my private sound (mantra) with anyone else. It was not to be uttered out loud to anyone, ever! This Sanskrit sound was “chosen specifically and only for me.” It was unique. I was to recite that sound over and over in my head as object of my meditative focus, twenty minutes, twice daily. This “mantra meditation” calmed down my restless body and mind.  However, unwittingly, this meditation dragged down my soul.  Little did I know that the mantra they gave me was the name of a Hindu deity – goddess of the earth!  Once I found out, feeling angry, shocked, duped, and betrayed, I immediately stopped the practice.  Nevertheless, the sound was on autopilot, repeating in my mind at daily meditation times like a drippy faucet, whether or not I sat down to meditate! What we know now is this phenomenon is known as the “neuroplastic” effect of repetition.  Since I had repeated the sound in my mind for four years, it was on autopilot.

Meditation comes in many forms and flavors. There is Buddhist, Hindu, other religious formats of meditation including Jewish. However, there are also neutral, clinical, evidence-based meditation forms that do not have any religious elements in them at all. These are not used for spiritual enlightenment or for union with the Godhead, in Hebrew, d’veikus or cleaving to G-d.  These meditations are used to calm the person’s mind, to ease them from certain physical or emotional pains, to slow them down, and help them become more present. This is the format that I have adopted to respond to the Lubavitcher Rebbe’s request for a clinically neutral format of meditation. (See Toratherapeutics® MinEbook: “My Response to the Lubavitcher Rebbe’s Call for Kosher Therapeutic Meditation.”). Feel free to download my pdf as well as the Introduction to and the Beginner’s Meditation on the Breath.  They are available HERE.