Toratherapeutics® has launched it’s NOGA® Sound Solutions App in beta mode and you’re invited to try it! It’s based on our popular download and audio “The Breathing Contest.™”

Breathing exercises are a great bedtime practice and they’re  also really handy any time you might feel overwhelmed or anxious or notice that your mouth is open and you’re over-breathing or hyperventilating. The optimal way to breathe is by inhaling through the nose.

The nose functions on many levels that are beneficial to the system. For instance, the little cilia hairs (that might be annoying for some older men 😉 function as a filtration system. Dust, germs, mites, and particles get filtered so they don’t go directly into our lungs (as occurs with mouth breathing).  The nose also functions as a thermostatic regulator for the temperature of the air. For instance, if we go out on a cold day, we should inhale through our nose rather than our mouth since the cool air gets warmed by all the anatomical structures before it gets to the throat the lungs. Similarly, if you were to go outside on a hot day, or into a sauna where it is very hot, the air going through the nose would become thermo-regulated, so it doesn’t hurt the lungs and throat. Again, in either situation, breathing with an open mouth is not optimal, and with drastic temperature changes, it can cause a person to cough or have some discomfort. The Breathing Contest™ is customized according to each individual‘s needs and abilities.  Provided that you’re inhaling through the nose, and exhaling longer than you inhale, you’ve got the basic principle down pat.

Using isometric breathing such as “Square” or “Box Breathing” to feel balanced and grounded, is a very handy tool. This is where you inhale for a specific number of seconds, say three, then hold for three, exhale for three, then hold again for three. This is very stabilizing and balancing.

To help use the breathing techniqes and develop your own breathing patterns we have launched our very own NOGA® Sound Solutions App.

Our NOGA® Sound Solutions app that has a “breathing contest-type” applet within it where you can customize your breathing cycles! Additionally, for those who can and are interested in doing so, you can add a pause between your inhales and exhales, customizing your breathing sessions further. Check it out below!

Chill Without a Pill 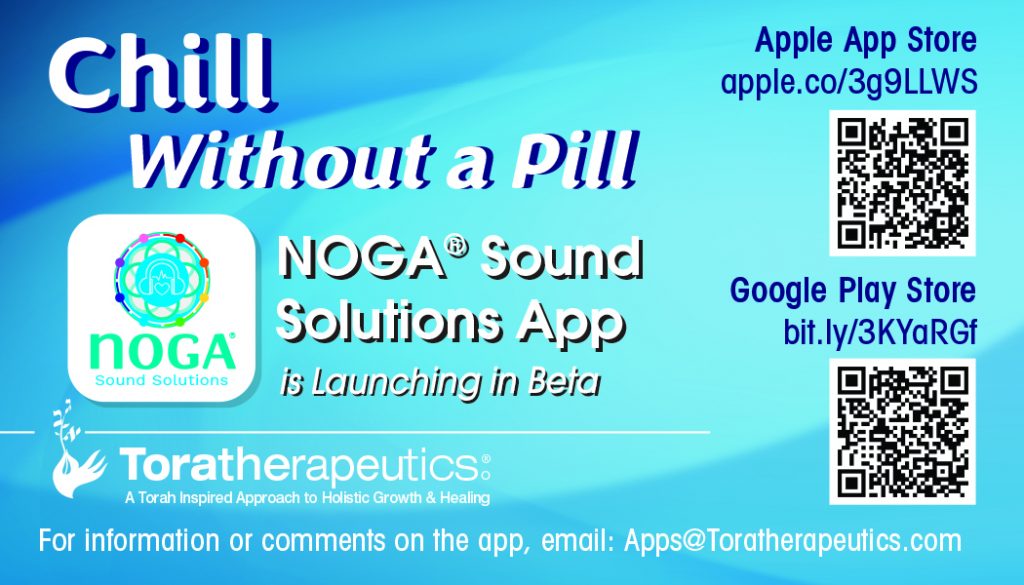